Home > Here is all the news… > Messages from Nepal > View Post

It is not often that you get to meet some people who you have only read about in a book. This week in UMN we had the enormous honour of meeting with Dr Carl and Betty Friedricks. They attended our Bhetghat (Nepali word for social gathering) and then we had meeting with them were they enthralled us with stories about the start of United Mission to Nepal (UMN) and in particular the start of the Mission Hospital in Tansen. Next March UMN will celebrate its 60th anniversary and it was fascinating and encouraging to hear from two of the founders of UMN. 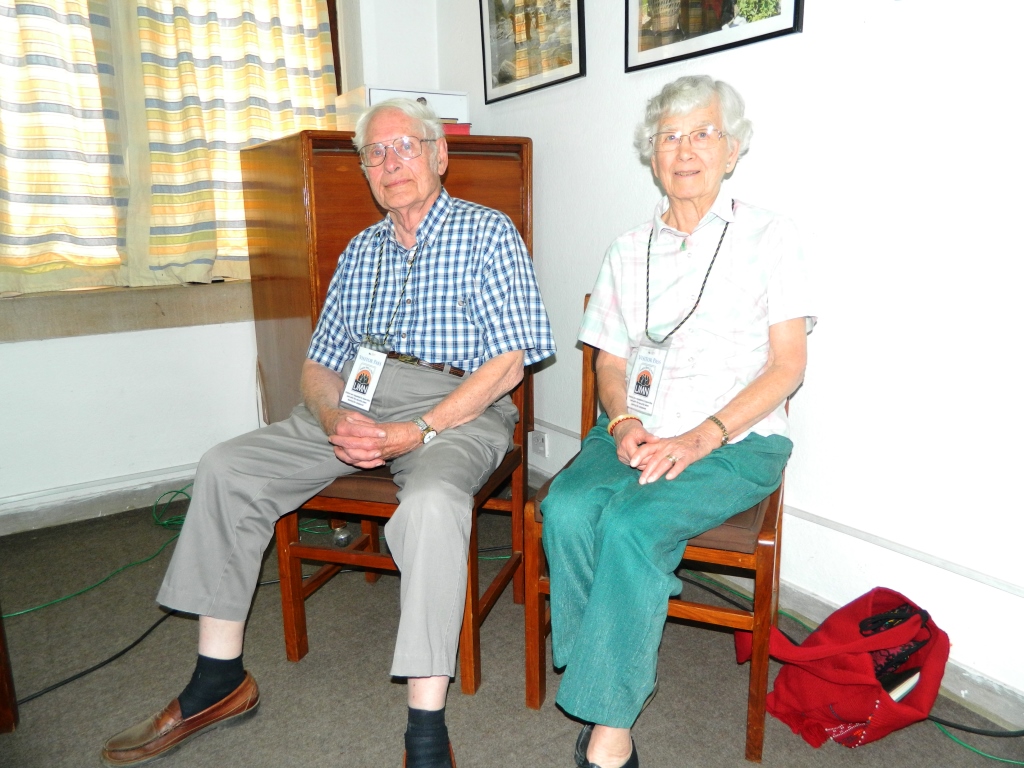 Carl and Betty had been working as medical missionaries in India in the 1940s but felt God drawing them to Nepal. They made a number of trips into Nepal and held medical camps. Dr Carl recalled how in his first medical camp he was treating a boy of one of the local leaders in Tansen. The boy had a bladder stone problem, which required surgery. Dr Carl preformed the operation under a gazebo using a Petromax lamp to see, ether as an anaesthetic and with a small crowd of about 200 people watching on. When the stone was removed and shown to the crowd there was a loud round of applause. These medical excursions into Nepal and the overthrown of the Rana regime in the early 50s, paved the way for medical missionary work to start in Nepal.  In the years that followed UMN expanded into education, engineering and rural development work. 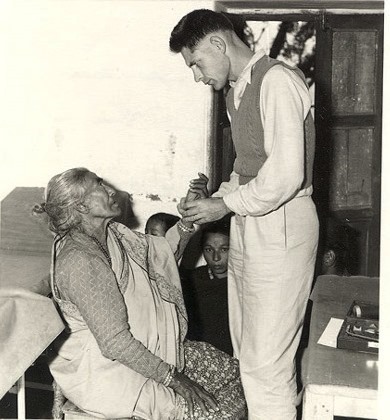 This prompted  us to dig out some of the archive photographs.  Above is Dr Karl examining a Nepalese lady in the first clinic built in Tansen. 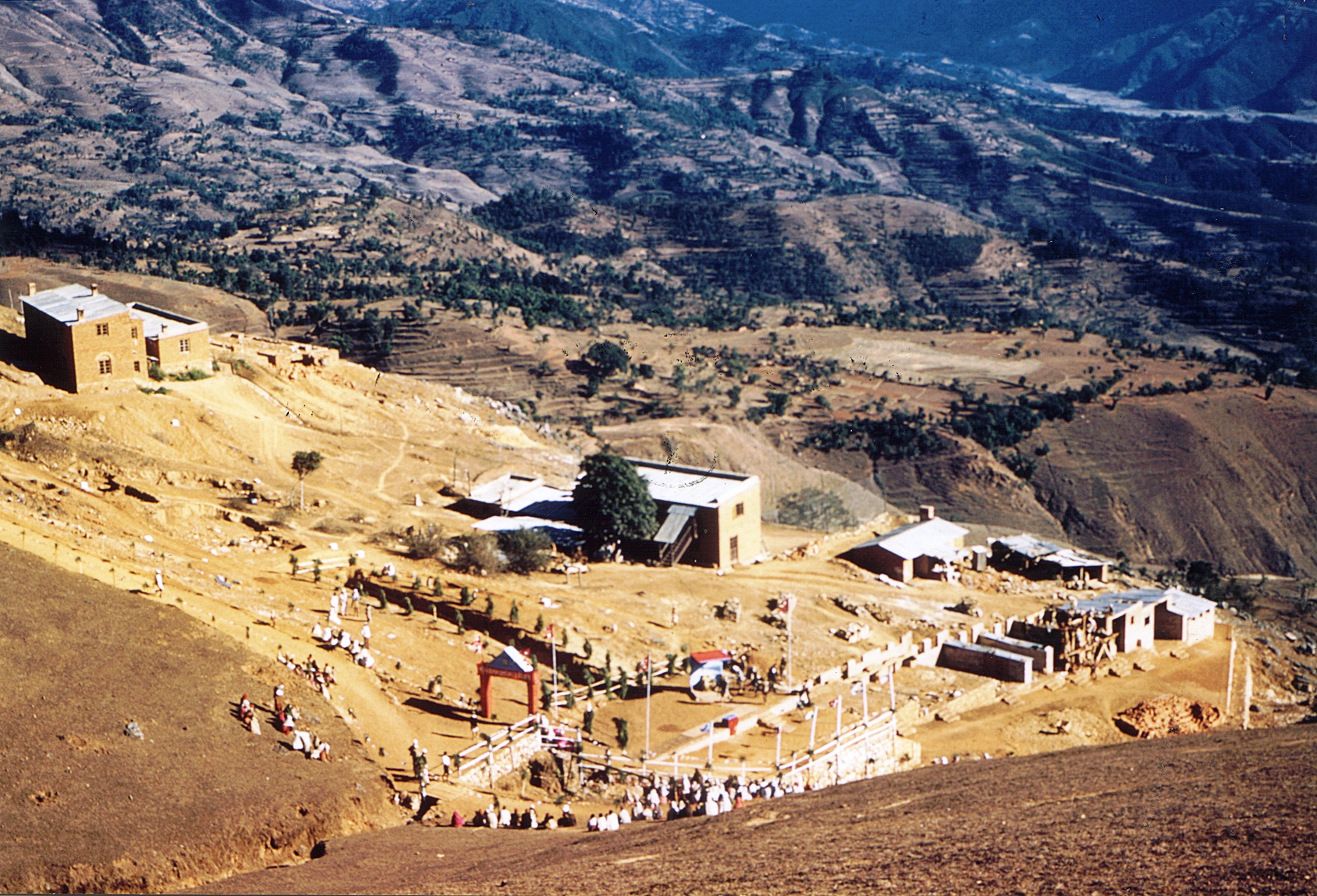 Following the Government’s invitation to start medical work in Tansen, one of the early priorities was to build a hospital. The plan was to construct a 60 bed hospital, which Dr Carl explained was thought to be a good size in order to provide a wide range of medical services. Negotiations were conducted with the local community and land about 1km to the north of Tansen Bazaar was donated for free for the hospital. It was only later they discovered that the locals had believed the land to be haunted. The photograph above shows the start of the building work.

Our visitors also recalled stories about the persecution faced by the early church and how the first believers would serve a minimum one year jail term for their faith.

Nearly 60 years on and the hospital has been extended many times.  Every inch of land has been used and Tansen has grown and now envelopes the hospital. Although much has changed in the last 60 years, the iconic greeting of Tansen hospital is still there – “Jesus heals and we serve”.